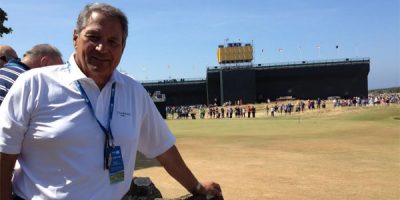 The Royal Portrush in 2019, marking a historic return to Northern Ireland for golf’s oldest and most international Championship after nearly 70 years.

The Open, which was played at Royal Portrush in 1951, when Englishman Max Faulkner lifted the famous Claret Jug, is expected to be the biggest sporting event ever held in Northern Ireland, generating more than £70 million in terms of economic impact and destination marketing benefit.

Northern Ireland will be at the centre of the global sporting spotlight from 18-21 July 2019 as The Open is staged outside of Scotland and England for only the second time in the Championship’s more than 150-year history with sports fans from throughout Ireland and around the world expected to descend upon the town of Portrush.

Come to Scotland for the Open in 2019. Complete the adjacent enquiry form and start the ball rolling!

We are in Scotland and ready to answer your questions on our golf tour packages.

We use cookies to ensure that we give you the best experience on our website. If you continue to use this site we will assume that you are happy with it.OkRead more